When I first opened, the initial pork dish on the menu was made with pork belly.  After a few weeks, I had to change the cut to pork butt.  Pork belly was too fat.  But if you love eating fat cuts, you love pork belly.  So I decided to look into Dong Por Pork Belly again.

There are many versions of this pork belly recipe.  I picked a recipe that was modified from soy marinating meats and used hatton the pork . I cut the sugar amount as I wasn't a big fan of pork belly.  The pork belly was scalded in hot water.

What's interesting was the cooking.  I made two, one  sous vided it at 65 degrees andof another at 75 degrees.  Taste testing after 24 hours.  I found at 75, the meat falls apart but it's a bit dry.  At 65, the meat is succulent but a bit chewy.  So I put the 65 degrees batch back into the cooker and cooked it for another 6 hours.  Perfect. 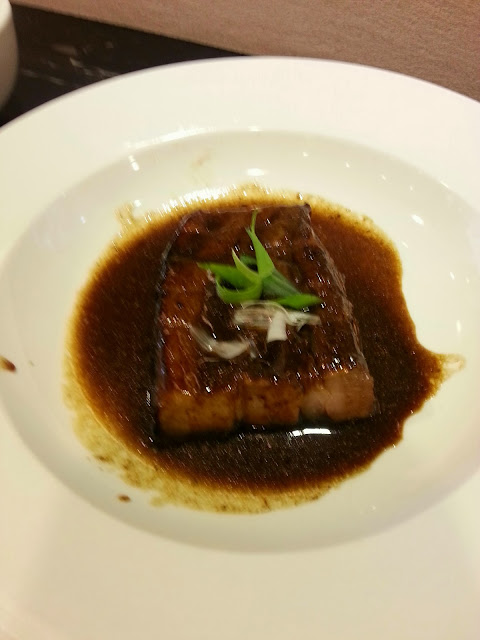 Posted by Maureen Loh at 9:45 AM No comments:
Email ThisBlogThis!Share to TwitterShare to FacebookShare to Pinterest

We make a lot of soft boiled eggs for our Chinese wine eggs.  We sometimes encounter problems peeling the eggs when they are a bit too raw and the membrane sticks to the white.

A little trick learned from the Japanese ramen shops is that if you add a few heaping tablespoons into the water when you boil the eggs, it makes the egg much easier to peel. 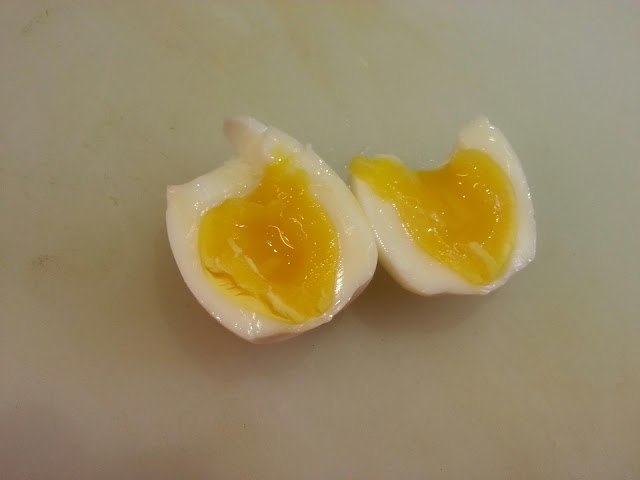 Posted by Maureen Loh at 6:44 AM No comments:
Email ThisBlogThis!Share to TwitterShare to FacebookShare to Pinterest

I just got some wood pellets for smoking and got this fantastic idea of smoking crabs.  I saw these nice live crabs at the market.  My first crab was the French brown crab but since it was frozen, I didnt like the meat.   The smokiness was great though.

Both crabs were first cooked and one of the crabs were opened before smoking.  I wanted to see if it made any difference to the taste between opening and not opening them.    There were a lot of crabs to choose from at the market.  I purposely picked crabs with softer shells as perhaps the smoke would penetrate better.

The next step is tasting.   If they are both good, then maybe I can smoke hairy crabs..... 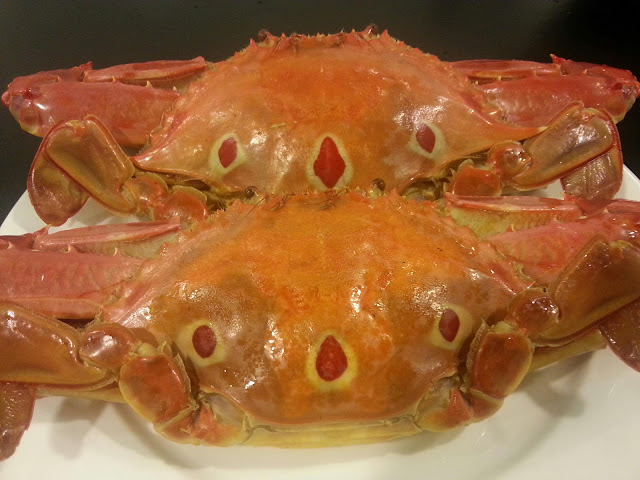