I put a sesame oil foam on top of my tossed noodles for an added touch and extra dimension to my noodles.  Many customers think it's a nice garnish but some say and write on their blog that it's just a gimmicky thing I did to the noodles.

AND  it's because it's in a foam form.  As a foam, it's much lighter than liquid form and it coats the noodles more evenly and less sesame oil is need to give it that extra flavour.  I could have placed the bottle of sesame oil in front of the customer and let them add all the oil they liked. The problem is sesame oil flavours the noodles that oil is dripped on and the whole bowl of noodles is not evenly coated. My observation tells me that usually too much oil is added to their noodles, and when they are about to finish the noodles, the last few bites are often dredged in oil.  Therefore, I think the sesame oil is best when added in a foam form. 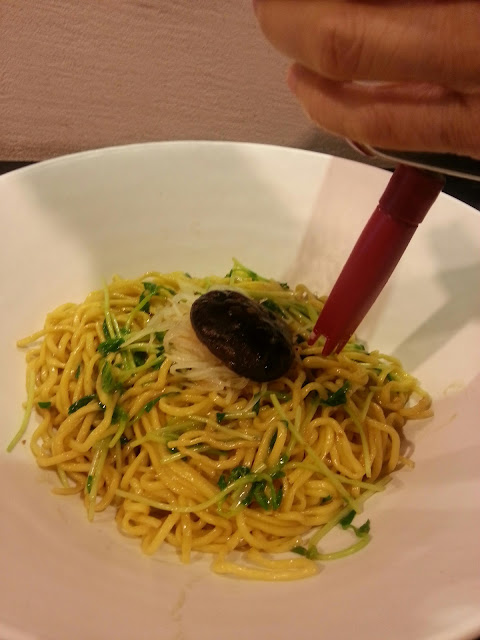 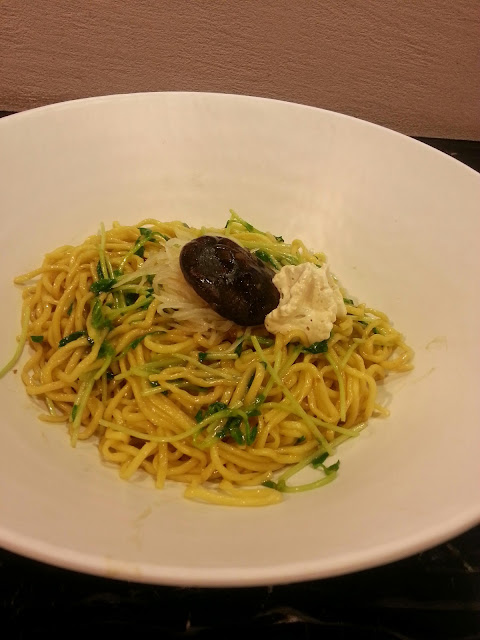 Posted by Maureen Loh at 5:18 AM
Email ThisBlogThis!Share to TwitterShare to FacebookShare to Pinterest