We put the salmon sousvide with onion relish on the menu but something seemed wrong. Because it was served as a main, mainly customers complained that it was not hot enough. So instead of changing the cooking temperature, I decided to serve it like before - salmon sous vide Canto style like a steamed fish. Let's see how it turns out this time. 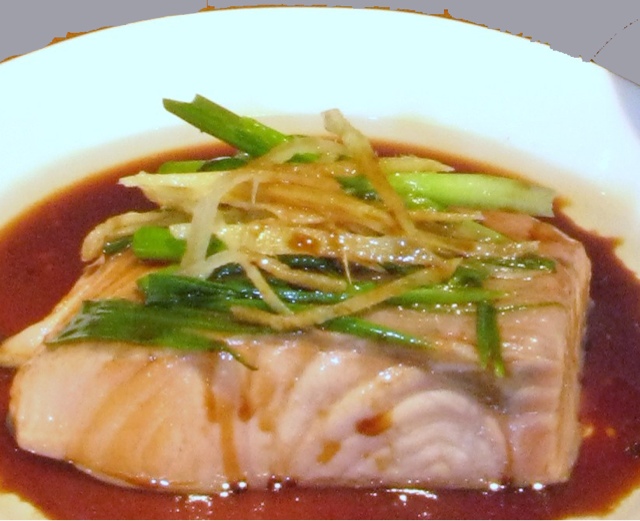 My dad has been saying that I should introduce salmon into the menu.  We offered salmon before and it was really well liked.  In the past, we served it very Cantonese style, using fresh ginger and chives on top and drizzled hot oil and sweet soy sauce on top.  Customers loved it and it went really well with a bowl of rice.

How should it be served with noodles then? I've decided to serve it with a onion relish and then top it up with my shallot popcorn 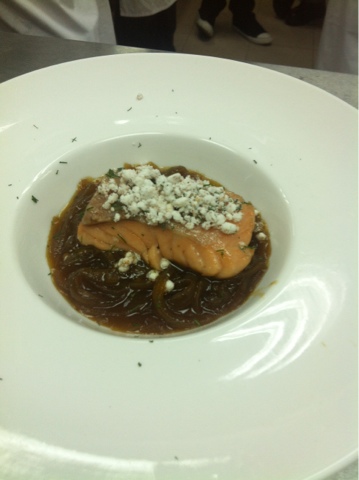 Posted by Maureen Loh at 5:48 AM No comments:
Email ThisBlogThis!Share to TwitterShare to FacebookShare to Pinterest

Recently, for tasting menus, I've changed the noodles from soup to Lo mein. The feedback is all positive.  The dilemma now is do I change from offering a soup noodle to a dry noodle?  Especially when everyone knows I make soup noodles.

I recall when I first opened Soup Cafe, my initial concept was to offer a variety of homemade Chinese soup that would be served with noodles and a selection of meats and vegetables.  However, within a couple weeks, I quickly changed the idea to simple Chinese Soup with homemade traditional dishes and a bowl of rice.  Since the change, everyone loved it and we were a very popular lunch hangout in Central.

So with this in mind, I have changed all the noodle choices to a lo mein, except for one when customers really want soup noodles.  The noodles taste great when served as a lo mein and the soup really helps bring out the flavour.  The various toppings also blend in.  But when we serve the noodles in the soup, it falls apart.  Suddenly the alkalinity of the noodles come out, and the soup becomes very bland.  So instead of directing energy into a bowl of soup noodles, I've decided to change the noodle concept from soup to lo mein noodles. 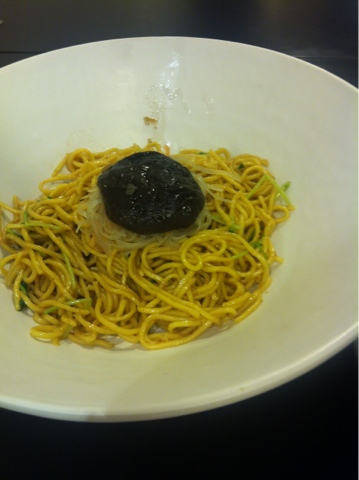 Posted by Maureen Loh at 6:11 AM No comments:
Email ThisBlogThis!Share to TwitterShare to FacebookShare to Pinterest
Labels: Lo mein, Tossed noodles

I decided to give the slow cooked ribs a shot. I used to serve these with a traditional stew made of tomatoes, carrots and potatoes. This time I took on another theme - the beef brisket with turnips, usually seen at noodle places around town.

Instead of serving the turnips, I used them to make a sauce with a traditional "Chu Hau" sauce. The turnips were braised in a "Chu Hau" sauce and chicken broth and then puréed. The shorts ribs were seated lightly and it was topped with a crumble. Something sweet and crunchy to compliment the ribs and sauce. 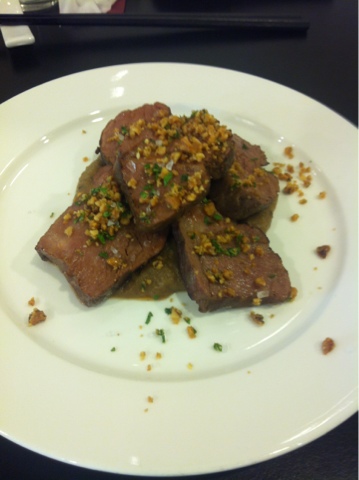 This week's students had a shot of making shallot powder. Last week, the students threw away the crispy shallots to my horror ! Crispy shallots are painful and slow to make - but they are so good as garnishes! So this week, I told them to give me all of their "leftovers". They looked very oily though crispy and didn't look appealing. So I transformed them into popcorn. Look and tastes great! 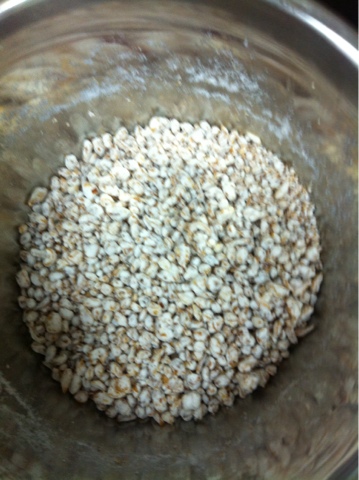 Posted by Maureen Loh at 11:14 PM No comments:
Email ThisBlogThis!Share to TwitterShare to FacebookShare to Pinterest

Back to school. Been introducing some very simple molecular recipes to some students at a culinary school. Had them make some shallot infused oil and mixed it with some malto. I took some back to the restaurant. Plenty of options to use it. It be fun to see which dish I'll use it on. 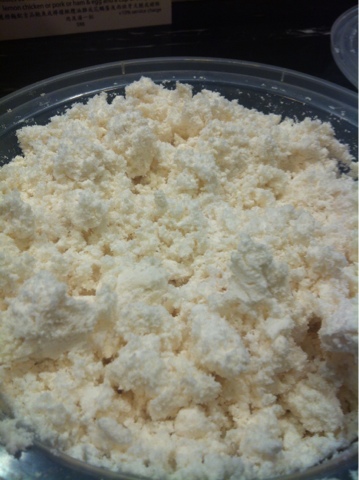 I found live octopuses at the market today. To be frank, I've never cooked octopus before; I only use it for soups and they are the dried ones. After cleaning it, I tried cooking one of the tentacles in water. Results not good- very bland and chewy. Now what if we sous vide them ? So I took out some of my Lo mein sauce, placed some in with extra oil to have a confit effect, then vacuumed them on high and put them in the water bath at 85 degrees. It'll be interesting to see how they turn out. 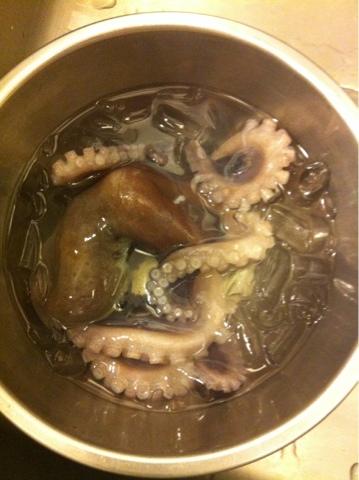