I was never able to attract customers to try this at Chinese Spoon. I always thought customers didn't like runny yolks. I gave it a second attempt at my noodle shop, making a Chinese mushroom fluid gel to go with it. I topped it with some Serrano ham and put a wonton wrapper on the side and called it the Perfect Egg. This time - everyone loved it. 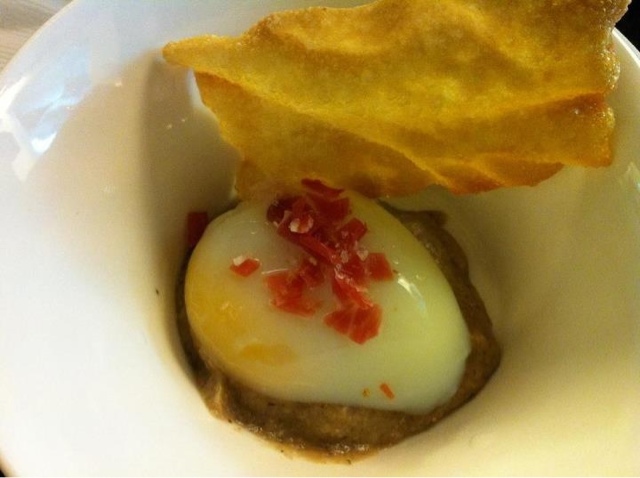 Posted by Maureen Loh at 7:52 PM No comments:
Email ThisBlogThis!Share to TwitterShare to FacebookShare to Pinterest

My beef supplier asked me to try some bone-in ribs. Since my cousins were coming in town, I thought I'd let them try my slow cooked ribs - Asian style. Bone-in ribs always appealed to me and I've had a hard time finding good ones. They were either too fat or not enough meat on them. So these ribs will be very fun to cook with ! 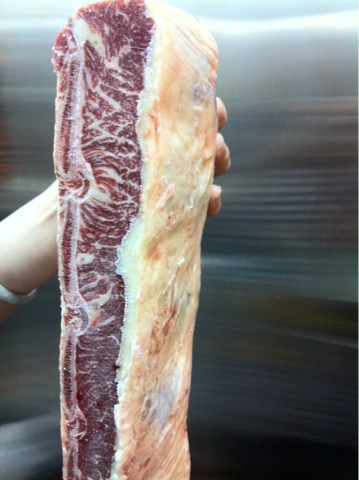 Here I used a mixture of hard tofu with water. I added a bit of Metil and voila- instant noodles before your eyes. 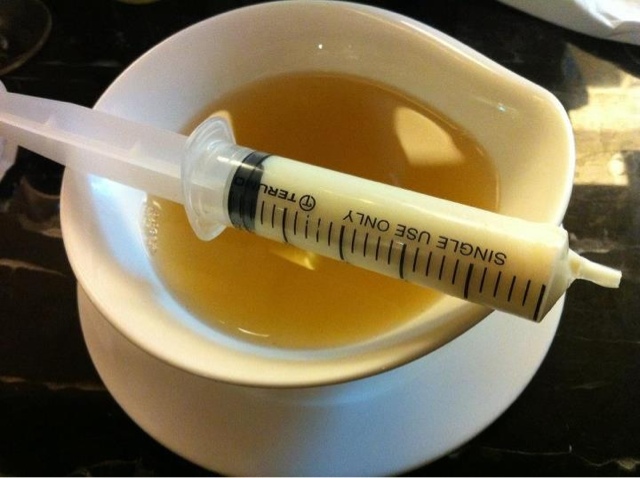 Posted by Maureen Loh at 10:28 PM 3 comments:
Email ThisBlogThis!Share to TwitterShare to FacebookShare to Pinterest

I got hold of a nice piece of beef tenderloin and wanted to know if it worked as tartare. Sprinkled some organic shoots in top, drizzled some extra virgin olive oil, balsamic vinegar and my favourite lemon zest salt. It was good except it lacked some grated Parmesan. 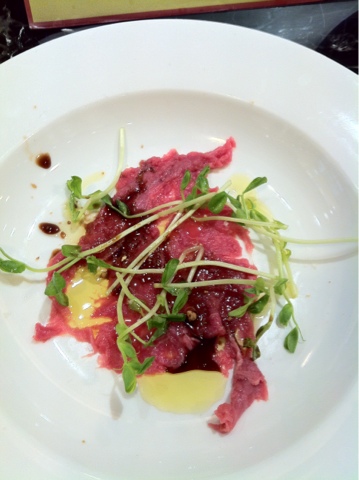 Posted by Maureen Loh at 9:45 PM No comments:
Email ThisBlogThis!Share to TwitterShare to FacebookShare to Pinterest

It's been some time since I wrote anything as I've been extremely busy with my new project - The Chinese Noodle Bar.  Chinese soup forms the fundamental of the Noodle Bar and I added meats cooked  as toppings to the noodles.  The noodles are most challenging, I received many comments to widen the choice of noodles or change it to a different noodle.  The noodles are a cross bred of Northern Dan Dan noodles and Southern wonton noodles.

What I wanted to create was bowl of various tastes and textures in a simple bowl of noodles.  It wasn't as easy as I imagined.  The chicken breast infused with lemon oil was so delicate in taste and texture that the chicken broth would destroy it.  On the other hand, the Chinese pork was intense in flavours of Hoisin, oyster sauces that it would destroy the flavours of the Pork broth.  In the end, I decided to separate the meats from the bowl of noodles. 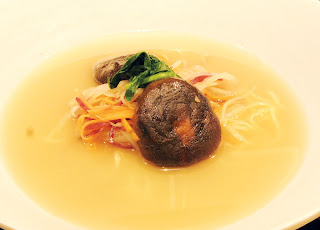